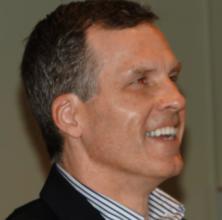 2013 – 2014 BBRC President, Scott Sadler,  walked the club through a club assembly exercise in an effort to identify goals, strategies and tactics to improve the club in the coming year.  Several topics were addressed by each table ranging from value to fun and diversity. The student of the Month is Harrison Wirth of Bellevue Christian.  Jeff Cashman and Jim Zidar were both recognized as Rotarians of the month for their work with the RI foundation.  Bob Holert gave a presentation on club administration.

2013 – 2014 BBRC President, Scott Sadler,  walked the club through a club assembly exercise in an effort to identify goals, strategies and tactics to improve the club in the coming year.  Several topics were addressed by each table ranging from value to fun and diversity.  Here is a list of the commentary by the members:

The value proposition tables identified our weekly programs and the relaxed atmosphere as values to many members of the club.  Also, there was an emphasis on opportunities to create real results for real members of the community through our many service projects.

The tables talking about fun identified the need for more small gatherings and the return of reclassification talks so we can get to know each other a bit better.  There was a need identified for more leadership to facilitate such opportunities as well.

The impact and involvement group mentioned as a positive our many service projects and the choices members have to get involved in projects that speak to them.  The group also said that the club needs to continue to empower members who have a passion and an idea to help them bring an avenue for service to fruition.

Finally the diversity group identified a need for the club to constantly look for members across race and gender lines, but also across business lines.  In the opinion of those tables, we should evaluate the classifications in which we are under-represented and recruit for more representations in those groups.

Next week, our speaker will be the executive director of Chihuly Glass.

President Chris Monger started the meeting with a musical number as is his custom. This week it was “All Wound Up.”

Madeline Gauthier gave the invocation, which was a poem called The Touch of the Master’s Hand.

Morris Kremen introduced guests.  There were no visiting Rotarians. There were two special guests: our intern Kylie brought along Peggy Lynch and Ann Norman introduced Wendi, our exchange student from Finland.

Jenni Andrews gave a pitch on membership. She concluded that all of us were in Rotary because someone asked us to come to a meeting. Jenni urged all Rotarians to ask a friend or business associate to join us for breakfast.

Scott Sadler gave a report on membership numbers. We have 95 full members, 17 ambassadors and 8 flex club members. An average of 56 members attend our meetings; the number is 70 with guests.

The student of the Month was introduced by Larry May. He is Harrison Wirth of Bellevue Christian. Harrison was joined by his parents, Jeff and Mary and his principal Sue Tamaling.  Harrison told the club that he has been active in youth groups at Overlake Church and has a passion for medicine.  He will be attending Pepperdine University in the fall to study something in the medical field.  He explained that his passion for medicine was confirmed at an early age when he discovered that, instead of being squeamish, he was interested in a number of otherwise gross things. While he doesn’t know which road he will take within medicine, he is certain that he is on the right path and will arrive at te appropriate destination in time.

Scott Sadler and Ghirish gave a report on the 10K coming up on April 28.

Scott mentioned the recent tragedies in Boston and reflected on the words of the Boston mayor, who said that Boston would not cancel events in light of recent events and would go on.

Ghirish thanked those who have participated in signing up runners. While we have done well, we are still 250 runners shy of last year’s totals.

Traci Tenhulzen made a pitch for kids dash volunteers, who will get to wear cool orange vests on race day!

Katherine De Stefano said that we could get as many as 1000 runners participating in the race between today and race day. Escape Outdoors is offering a discount and on line registration is up and running.

Dustin Walling said that we were about 62 sponsors shy of where we want to be. Please encourage all your friends and business associates to sponsor at www.bellevuerun.com.

Rotarian of the Month

President Chris recognized two Rotarians for the honor this month. Jeff Cashman and Jim Zidar were both recognized for their work with the RI foundation. Chris noted that we have become an “every member every year” club due, in large part, to the work of Jim and Jeff.

Committees that are part of club administration include audio- visual headed by Michael Carter that supplies the powerpoint slides and technical assistance at our meetings. The website committee under the direction of Paul Osborne has kept members of the club informed with a more functional and interactive format. Mark Hough and his Revellie team produces the weekly newsletter, even though Mark is very often on the other side of the world. Fellowship under Paul Chapman is responsible for our many club get-togethers and the third Thursday make-up event. The program committee is responsible for the speakers featured every week. Bob mentioned Jim Gordon, Rourke O’Brien, John Martinka and Ann Norman as stalwarts who recruit high caliber speakers week in and week out. All are welcome and encouraged to participate in the committee.

Wendi Fischer mentioned that some 34 members of our club will be attending the district conference. All attending are also invited to the District Governor’s dinner on Thursday night.

John Schwager gave an update on the $7,000 district simplified grant we have obtained to assist the Bel Red YMCA in its efforts to spruce up its visage. John mentioned a fence project, painting and bark replacement, all being done or in te process of being accomplished. The old bark needs to be hauled out before the new bark is put down, so a few volunteers would be helpful in that endeavor on Saturday at the Y at 9 am.

Morris called a First Harvest meeting after the meeting.

Chuck Kimbrough told the club that a recent adoption party in Bellingham resulted in the adoption of 20 kids to good families.

Ann Norman reminded the club that Wendi will be here from Finland for a while longer. Also, that we are sending two students to Spain and France as well.

Carl Sandberg: “I am an idealist. I don’t know where I’m going but I’m on my way.”