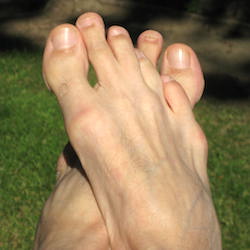 Dennis Newell led the club in the Invocation and pledge. Jim Gordon introduced Rotarians and guests who shared their scariest Halloween moments! Leading the parade as the devil was the moment shared by David Bobanick.  Lots of guests were present for the pre-Halloween meeting.

Student of the month – Robin Callan Introduced Lucy Rash. Lucy was accompanied by her parents and friends.  Lucy attends Bellevue Christian HS where she maintains a 3.8 GPA.  Lucy will consider WSU and other schools to major in Biology.  Veterinary medicine is an interest due to her love of animals.  She is one of a set of triplets.  She’s been involved in high school athletics, involved in Christian leadership and traveling – Thailand, for example.

David BoBanick talked about Rotary First Harvest. Colleen Turner talked about RFH and its work, and who are served.  Over 12 and a half million servings of fresh produce were served last year.  300 hours of volunteer time was contributed by BBRC members.  BBRC has won the golden donut many times.  Donuts were passed around. Colleen asked volunteers to come forward and be recognized.  Next event is Saturday November 10th.

David discussed reasons for RFH and its work. Slides were shown of an orchard where some fruit was obtained due to the soft market to provide fruit for RFH.  One of the needs for RFH and other hunger relief organizations is for computers.  Computers for Food Banks was created with student volunteer help, and Computers to the World.

Carmela, our Sergeant at Arms appeared dressed as a witch. A picture was shown of kids in costumes and there are two BBRC members included.  Clint Merriman shared Happy Dollars moments.  He lost 45 lbs. and achieved a sales award.  Clint is going to See U2 in Dublin on his 48th birthday.  John Cherry shared a moment of his grandson who pitches and got picked up by Texas Rangers.  He also shared a story of sale of a company after helping it survive tough times.

Jenny Andrews introduced our speaker, Dr. Glen Curda, DPM.   He opened with a joke for Clint, who will travel to Ireland.  “Why is Ireland such a rich country?  Its capital is always Dublin.”  He presented slides of common foot problems, like toenail fungus, etc.  I won’t share those pictures!    Plantar fasciitis – heel pain.  Very common.  High heels actually can help this problem.

Trimming toenails- Ok to round them vs straight cut. Just avoid the nail getting under the skin in sides.  There are easy treatments for ingrown/infected nails.

Bunions – like a bone dislocation. Surgically treated.  Hammertoe is a similar condition.

Hallux Limitus – like a bone spur on top of the foot. Mistaken for arthritis.

Diabetes and foot problems – Ulcers occur – neuropathy – can lead to infection and amputation. These and other foot conditions and photos were shared by Dr. Curda, and the club was well informed, and some perhaps a little bit queasy.

President’s thought for the week:

“Along your pathway of life you will observe that you are not the only traveler. There are others who need your help.  There are feet to steady, hands to grasp, minds to encourage, hearts to inspire and souls to save.” – Thomas Monson

Glen Curda is a foot and ankle specialist who has been in private practice in Bellevue for over 30 years. He treats all ages and all types of foot problems. If surgery is needed, he uses Overlake Hospital as well as a certified surgical suite in his office.

Since he was always at the foot of his class, Glen went to Podiatric medical school in San Francisco where he met his wife Jeanne. After residency and employment at Kaiser in Sacramento, they decided to venture to the great Northwest, settling in Bellevue and raising three children who have been an overwhelming joy!

Glen has been in the Bellevue Rotary Club for 33 years. He joined the month his first child was born. All three children have participated in Rotary activities such as RYLA, foreign exchange, Rotary First Harvest, and movie reviews.