"Crime Stoppers Mission and our Role Regarding Transnational Crime" 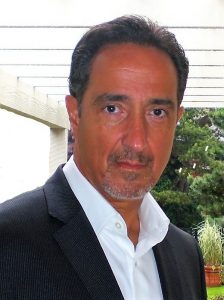 Jim will be speaking on what Crime Stoppers of Puget Sound is, the role it plays in the communities and how they help to solve crime and keep communities safer, utilizing a partnership between the Police, the Media and the Citizens. In addition, he will describe an expanding role unique to Crime Stoppers of Puget Sound, where they are now combating crimes like Human Trafficking and Terrorism overseas.

Jim’s background includes a 33-year law enforcement career, with more than 15 years as a Special Operations Commander. In his tenure, his talents were utilized as a Hostage Negotiations Team Commander, Major Event Security Planner/Liaison, Dignitary Protection Coordinator, Marine Unit Commander, and Physical Security Specialist. In this time, he was also responsible for policy and procedural development for “Y2K”, Critical Incident Response Operations, Marine Unit Operations, and Courthouse Security Operations. Operationally, Jim responded to more than 300 Hostage/Barricade situations from 1982 until 2006 and is responsible for saving numerous lives.

Jim’s skill and experience were utilized as a key security organizer/liaison for the 1990 Goodwill Games, the 1996 Asian Pacific Economic Conference, and the 1999 World Trade Organization Conference. Because of his expertise, he was a key participant as a consultant to Dartmouth University in preparing bio-terrorism “virtual reality” terrorist training for Police, Fire, and EMS personnel geared to the “First Responder”.

Internationally, Jim has worked as a Police and Military consultant/trainer for the US Dept. of Justice in Indonesia, Pakistan, and Bosnia. He was formidable in tailoring democratic policing training material to the political environment in the assigned country. Because of his work in this arena, he was hired as the Sr. Executive Advisor to the Minister of the Interior in the Republic of Srpska to help foster a positive working environment in post-war Bosnia. Jim also teaches Active Shooter Response, Critical Incident Management and Anti-Terrorist Operations for the Federal Law Enforcement Training Center and is recognized for developing current curriculum geared towards First Responders as well as Commanders.

Jim also has experience in the Corporate Sector as the Global Event Security Director for Microsoft where he was responsible for securing all Microsoft events worldwide, having direct reports in Seattle, London, and Singapore.