Partner One Accord Partners 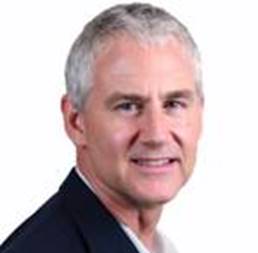 The Audio Industry is approximately $30 Billion annually.  From consumer products to automobiles to concerts and churches, to fuel pumps.  Virtually every waking hour of every day, we as human’s interact with sound reproduced electronically through some means.  For the past 90 years, we’ve been listening to speakers using “cone-based” technology designed to direct sound in a “pistonic” motion.  These speakers have inherent problems that cause problems for us as listeners that include distortion, echo, beaming, feedback etc.

Tectonic owns patented technology that disrupts the traditional cone-based technology in the same way that LCD and Plasma technology disrupted the market for CRT-based video screens in the early 2000’s.  By resonating a panel the way a guitar body resonates when a guitar string is plucked, our speakers produce sound in the most natural method possible.  Fewer speakers are required to provide higher quality sound in a larger space using less energy in a smaller package.  Now that’s green!

The team at Tectonic brings over 150 years of Audio Industry experience from companies including Harman (JBL), Mackie, Audio Control, M-Audio, Alpine and others and believes that we are stewards of an opportunity to change the way the world experiences audio using less energy while being much more pleasant on the ears.  Audio designed to be heard the way nature intended.

Todd Ostrander brings over 30 years of F1000, mid-market and emerging market technology experience to his current position as CEO of Tectonic Audio Labs. Todd has leveraged his MIS degree from PLU in 1986 into a career that began at Boeing, moved to Egghead Software, and then into the world of technology startups including ELEKOM, Essential Markets, Perlego and now Tectonic Audio Labs.

As the founder of three (3) Venture-Backed Technology companies and at the helm of the fourth, Todd has been a visionary with the ability to simplify complex problems and turn the results into significant market opportunities. Throughout his career, he has been at the forefront of groundbreaking changes that create new markets and opportunities.
Todd is married to his wife of 30 years, Krista and has three children; Sean, an investment banker in Tacoma; Ryan, graduates from the Coast Guard Academy in May; and Sarah, a Junior in High School.
Todd’s grandfather, Ralph Ostrander, was a founding member of Rotary 4 in Seattle. His father, Mike, was a founding member of Lacey Rotary in Lacey Washington where his brother, Noel is incoming President-elect of the Hawks Prairie Rotary Club.