"All in for Autism" 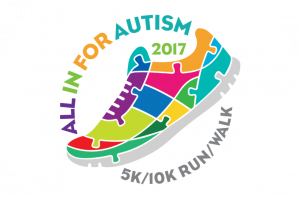 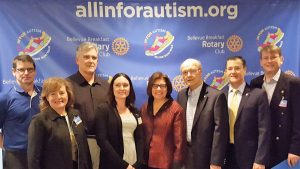 Today’s program will be discussing our main fund raiser, All in for Autism 2017, which consists of a 5K/10K RUN/WALK on Sunday, April 23, 2017 in Bellevue. Our speakers today include the Mayor of Bellevue John Stokes, Zach Scott (Mr. Sounder) and Dennis Bounds, long time anchor at KING TV who retired last April. In addition there will be presentations by: Special Olympics Washington: Kindering of Bellevue: and Bellevue Collection, a major sponsor of this event. Also BBRC will present their Inaugural “All in for Autism” Award – an annual reward given in recognition for thought leadership and support of Autism Causes in this area.

Mayor Stokes was elected to the City Council in 2011, and is the council liaison to the city’s Planning and Arts commissions. He represents Bellevue on the Cascade Water Alliance Board, Eastside Transportation Partnership Steering Committee and the Economic Development Council of Seattle & King County. He was re-elected in 2015, and elected mayor by the council for 2016 and 2017.

During his time on the council, John has advocated for affordable housing and livability in Bellevue and multi-modal transportation, as well as construction of an Eastside performing arts center. He chairs the King Conservation District Advisory Committee and serves on the advisory committee of the King County Flood Control District.

Prior to joining the council, John was a member of the Parks and Community Services Board for three years. He also served on the Eastgate/I-90 Citizen Advisory Committee and the Bellevue Parks Yes! Levy Steering Committee.

In addition, John co-founded Eastside Pathways, a collective-impact nonprofit working to ensure that all children have the support they need to maximize their opportunities for productive, fulfilling lives.

John moved to Bellevue in 1991 from Dallas, Texas. A retired attorney, he holds a law degree from George Washington University and a bachelor's degree in political science from Texas Tech University.

He is married to Bettina Stokes, a retired accountant. Their daughter Genevieve graduated from Bellevue High School and the University of Washington. John is an avid reader and model railroader. He also enjoys gardening and an eclectic variety of music.