"When It Mattered Most!" 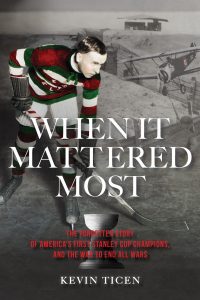 President Chris Boland opened the meeting (he has 2 left!). King County Councilmember Claudia Balducci did the invocation, a reading of the D-Day invasion on the Normandy beaches which occurred 75 years ago on June 6, 1944, and the pledge. Steve Szirmai introduced visiting Rotarians and guests. One of our visitors was BBRC member Janell Johnson’s son, Aziel Johnson, who plays soccer for the Blagnac Football Club in Toulouse France.

Jeff Cashman gave us an update on The Rotary Foundation. Chris Boland reminded us to sign up for committees and announced the Director of Vocational Services for the coming Rotary year (2019-20) is Clint Merriman. Kim Shrader and Steve Goldfarb were recognized for being in BBRC for 30 years!

Carmela Ramaglia, Sergeant of Arms, led the Happy Bucks ($$) portion of the meeting and contributing were Colin Radford, Janell Johnson, Steve Goldfarb and Tom Helbling! Carmela who also leads the Fellowship Committee thru the end of June reminded everyone to sign up for Rotating the Wheels to be held at the Newport Shores Yacht Club on Saturday, June 29! Thanks for your years with Fellowship Carmela!

Our speaker Kevin Ticen is the author of a recently released book, “When It Mattered Most”! This is the story of the Stanley Cup winners of 1917; a Seattle hockey team called the Seattle Metropolitans. This little-known fact (until now) was during the time of the lead up and start of World War 1! And this book has become a hot item with the NHL coming to Seattle in a couple of years. I have already read write-ups of “When It Mattered Most” in the Seattle Times and well as the UW Quarterly Columns.

Kevin Ticen grew up in Bellevue, went to Interlake High School and attended the University of Washington, where he played catcher on the Husky baseball team. After graduation, he played professional baseball for a few years in the Anaheim Angels minor-league system and then overseas in Austria (where he met his wife). He also was an assistant coach for 5 years with the Huskies and continues to coach a high-school aged summer program in Bellevue. Kevin spent more than six years writing about Seattle sports as the Director of Marketing and Communications for the Seattle Sports Commission.

With the NHL coming to Seattle, the Greater Seattle area and Northwest region has taken a new interest in hockey. The Seattle Sports Commission started a campaign to help celebrate this Stanley Cup 100-year anniversary and the Hockey Hall of Fame helped by bringing the Stanley Cup to Seattle for viewing. Kevin was amazed at the reception of the Stanley Cup by local hockey fans as it far surpassed what was expected. This early introduction whetted Kevin’s interest in telling the story of this long-ago championship team.

Since all the participants of the Seattle Metropolitans are deceased, Kevin relied on the Seattle Public Library and newspaper accounts (there were 3 papers in the city at that time – the Seattle Star, Seattle Times and Seattle PI). His information came from those publications, both on micro-fiche and old copies of the papers. He also did a limited number of interviews of relatives of the players.

As he read the newspaper accounts of the Metropolitans’ season, their players and their success, he could also see the world tension caused by the lead up to WW1. This story is a combination of sports achievement, as well as American and international conflict.

Based on Kevin’s coaching and sports psychology experiences, he could see the undying confidence the Metropolitans players and team possessed which drove them to win the Championship! The Seattle Head Coach later became the first Head Coach of the Chicago Blackhawks at the start of the NHL. The team was strong on both the offensive and defensive sides. Even though they had a bad start to their season, they persevered and got better and were faster than every other team.

Kevin’s book came out last January and is a big hit. The publication broke even in 2 ½ months and they are now talking about movie rights. After the meeting, Kevin sold his books to a lot of us. I highly recommend you purchase one to find out more about the Seattle Metropolitans Stanley Cup victory in 2017! “When It Mattered Most” by Kevin Ticen.

Kevin Ticen spent more than six years writing about Seattle sports as the Director of Marketing and Communications for the Seattle Sports Commission. A former catcher on the University of Washington baseball team, Ticen played professionally in the Anaheim Angels minor league system and then overseas in Austria. His sports writing career began in the off-season during his minor league days writing for one of the many Seattle startups during the dot.com boom. His post-playing days have been spent coaching baseball, first for five years on the staff at the University of Washington and now leading a high school aged summer program in the Seattle area.