"Village Theatre and Theatre on the Eastside" 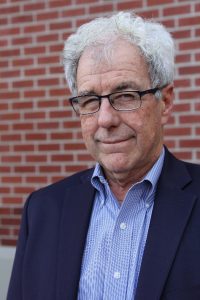 ROBB HUNT (Executive Producer) helped found Village Theatre in 1979 and has been involved as producer for the theatre ever since. Robb was an avid performer for many years with experience as a principal actor and dancer in several Puget Sound theatre companies. With a background in business, Robb was a strong hand as a consultant in the field of Arts Management; several of his clients included The 5th Avenue, The Metropolitan Museum of Art, Seattle Repertory Theatre, Seattle Symphony, The Museum of Flight, The Carnegie, and San Francisco Museum of Modern Art. Robb is dedicated to commissioning and developing musicals and has been the driving force in the inclusion of new musicals in Village Theatre programming. He has collaborated on the creation of productions such as Eleanor, Next to Normal, The Ark, and Making Tracks. Village Theatre has become an active member of the National Alliance for Musical Theatre, and Robb has served on its New Works committee and was on the Board of Directors. He has served on the Board of Theatre Puget Sound and as a peer panelist and evaluator for the National Endowment for the Arts (NEA).

JANELL JOHNSON (Associate Development Director) works with charitable individuals who are inspired to Leave a Legacy in support of preserving musical theatre and increasing access to artful programs for youth in the community. In doing so, she partners with donors and their Professional Advisors to create meaningful giving plans reflected in wills, trusts, and property arrangements to benefit Village Theatre.
Throughout her career, she's had the fortune of working with generous people to explore their values and guide them through specific action steps that lead to transformational gifts. She says, "there is no greater joy than to support individual generosity and witness these special gifts at work in the lives of others."

Prior to joining Village Theatre, Janell was the Associate Director of Development for Gift & Estate Planning at Seattle Opera where she managed Planned Giving and Endowment Building. Janell is a board member for Cultural Access Washington, a statewide cultural advocacy organization, and incoming president for the Washington Planned Giving Council, a network of fundraisers and professional advisors who are committed to planned giving. She is also a Certified Specialist in Planned Giving (CSPG) and proud Rotarian.