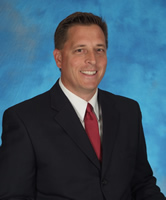 In observance of Veteran’s Day, Executive Director Leingang  will discuss The USO Northwest and the services they provide to our members of the military and their families.

A nonprofit, congressionally chartered, private organization, the USO Northwest relies on the generosity of individuals, organizations, foundations and corporations to support its activities. The USO Northwest is not a part of the U.S. government, but is recognized by the Department of Defense, Congress and the President of the United States.

Supporting America’s troops was the first mission of the USO. Over time, the USO has evolved, developing new programs and services to meet the ever-changing needs of the troops and their families, while holding steadfast to the original mission.

Commander Leingang is a northwest native and recently retired as the Executive Officer at the Naval Station Everett. A helicopter pilot and former Commanding Officer of Navy Recruiting District Seattle, his distinguished 24-year Naval career includes leadership positions at the U.S. Naval Academy, Director of Air Warfare, Washington, D.C., and as the Operations Officer at Commander, Naval Air Force, U.S. Pacific Fleet. He is a graduate of Oregon State University where he received a Bachelor of Science degree in Business Management in 1984. In 2006, Leingang graduated from Naval War College in Newport, Rhode Island where he earned his Master of Arts degree in National Security and Strategic Studies. He reported onboard Naval Station Everett as Executive Officer in June 2006 with immediate duties organizing the Seattle Seafair. In 2008, Leingang retired from the Navy and immediately began duties as the Executive Director of the USO of the Puget Sound Area (USOPSA). During his military career, Leingang received the Meritorious Service Medal (3), the Navy and Marine Corps Commendation Medal (6), the Navy Achievement Medal, as well as numerous unit and service awards.