"Update on the King County Council" 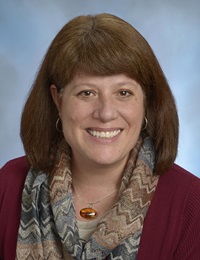 Councilmember Balducci will discuss her role on the King County Coucil and issues that are forefront in today’s news!

King County Councilmember Claudia Balducci is a mom, transportation leader and former public safety official. She represents King County District 6, which encompasses all or part of Bellevue, Bothell, Clyde Hill, Hunts Point, Kirkland, Medina, Mercer Island, Redmond, Woodinville and Yarrow Point, Beaux Arts Village and the Sammamish Valley.
Claudia first became active in politics when she joined her neighbors to advocate for the revitalization of her local shopping center in the Lake Hills community in Bellevue. She was later elected to the City Council where she served for 12 years, including two years as Deputy Mayor and two years as Mayor.
As an elected official, Claudia has championed transportation solutions to benefit all eastside residents, including improvements to major freeways, like SR 520 and I-405, as well as local arterial projects and improved bike lanes and roadways in Bellevue. She fought for several years to ensure regional light rail would come to the eastside. She currently serves on the Sound Transit Board of Directors and the Executive Board for the four-county Puget Sound Regional Council. In 2016, Claudia was recognized as a “Transit Hero” to the Transportation Choices Coalition’s Hall of Fame for her tireless work to provide safe, reliable and equitable transit service throughout King County and beyond.
A lawyer by training, Claudia worked in the King County jail system for over 16 years prior to being elected to the County Council, serving as the Director of the Department of Adult and Juvenile Detention from 2010-2014. Claudia negotiated and implemented a settlement with the U.S. Department of Justice that reformed the use of force, expanded officer training and improved procedures for preventing suicide and self-harm in the County’s jails. She also embraced lean process improvements to dramatically reduce the use of solitary confinement for jail inmates with mental illnesses, increasing safety, improving conditions, expanding treatment options, and saving over $2 million in costs to the taxpayers per year. Claudia has also been recognized as “Elected Official of the Year” by the Alliance of Eastside Agencies (Human Services) and the Washington State Democratic Party.
Claudia is a graduate of Providence College and the Columbia University School of Law. She lives in Bellevue with her husband Jim, son Victor and former King County shelter cats Sabrina and Lucy.