Claudia Balducci reviewed the growing traffic issues in our state.  Congestion cost our commuters 3.2 billion, that’s 1500 per commuter in time lost due to traffic.

For Bellevue, the light rail to go, on the east side from Lynwood to downtown Renton.  Then from east Bellevue to Issaquah. 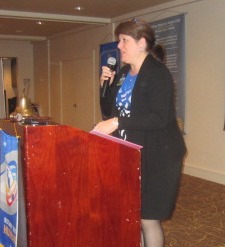 Benefits are you get out of traffic,  this program, ST3, will create jobs, sustainability will be advanced.

Kevin Wallace spoke on NO on ST3.

Project will cost too much and we need to think more broadly about what the government can provide, not suck up money into an other transportation system.  You can find on http://soundtransit3.org/ all of the information you need to realize how expensive and families would pay higher taxes.  Car taxes would quadruple and home taxes increase.

We would be looking at one of the largest tax increases in history.

Bad – 6 light rail extensions would not solve the transportation issues of today, we would not see changes on this until 11 years from now and the ST3 program would be 6 times the cost than if we improved the transit system. 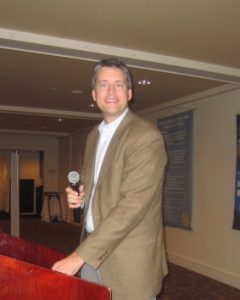 This November we have an opportunity to vote yes or no on ST3.  Go to http://soundtransit3.org/ to obtain more information.

Claudia Balducci is a member of the King County Council. Prior to election to the King County Council in 2015, she served two terms as Mayor of Bellevue and was on the Bellevue City Council from 2004 to 2015. She is also a Sound Transit Board member and former Director of King County Jail facilities and served on the boards of the Puget Sound Regional Council, Eastside Transportation Partnership, Bellevue’s Wraparound Services Program and Youth Link.

Kevin Wallace is serving his second term on the City Council, having been first elected in 2009. He was deputy mayor in 2014 and 2015. Kevin is council liaison to the Transportation Commission and represents Bellevue on the Eastside Transportation Partnership Steering Committee and the Puget Sound Regional Council’s Transportation Policy Board. While on the city’s Light Rail Leadership Group, Kevin was instrumental in negotiating changes to the city land use code and an agreement with Sound Transit that cleared the path for quality light rail through Bellevue in a manner that protects our neighborhoods, roads and businesses from the noise and traffic impacts of the project.
In his professional life, Kevin is president and chief operating officer of Wallace Properties, a Bellevue-based commercial real estate company. The National Association of Industrial and Office Properties named him 2012 Developer of the Year for his development of a LEED-certified (environmentally friendly) community center in Snoqualmie and a LEED-certified multifamily mixed-use project in Seattle.