One Love; Surviving the Khmer Rouge war - "What sets you apart is knowing what you want and what you are willing to do for others." 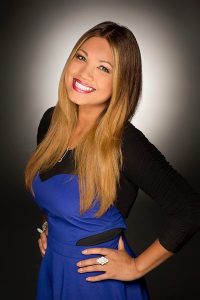 Today you will find out what Tea Mak has done with her life after a traumatic childhood! It is a remarkable story.

In 1975, a war began in Cambodia. It was the largest genocide since the Holocaust. An estimated 3+ million people were killed. The Khmer Rouge dominated for years to follow.  In 1981, Tea’s mother fled to Thailand, where Tea was born in a refugee camp. From the moment she was born, weighing less than 4 pounds, Tea required a fight to survive. She almost lost her life 3 times as a baby, before turning 1.

In 1982 Tea and her mother were transferred to another refugee camp in the Philippines and in 1984 they were sponsored and rescued by a Christian relief organization and relocated to the United States. Today, Tea is the Founder and CEO of Miss Global and Miss Global Foundation. Their slogan is “Empowering Women, Embracing Cultures and Embodying the Beauty Within”. #beautywithaprupose #MGFNation

Tea Mak is an expression of love, culture, diversity and an embodiment of beauty from within. She attended college at Northwestern, she is a proud full-time mother, and happily engaged. Tea was a red carpet VIP host for Celebrity Apprentice, Beverly Hills Films Festival, Powerplayer Magazine and Eva's Longoria's charity, Rally for Kids with Cancer. She worked as a Hollywood actress, and appeared in Without a Trace and several episodes of Entourage. Tea has consulted numerous companies how to build, increase sales and develop a strong brand. She's been a part of 7 startups and the Founder and CEO of Miss Global, an international pageant, and the Miss Global Foundation, where their mission is, preparing the next generation and the world's future, one day at a time. Through her personal testimony, Tea helps empower women, children and communities to develop, educate, and encourage sustainable living worldwide while working diligently to live out the mantra "do more for others than they can do for themselves."