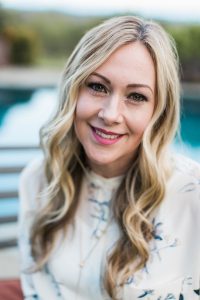 Following the invocation, pledge and welcoming of visiting Rotarians and guests, Wendy administered the induction ceremony of our newest member Janelle Johnson. Alan Pratt remained up front to present his ‘Vocational Minute’ sharing his passion for helping his clients in their philanthropic giving and serving as a Family Legacy Architect.

Margie Burnett & Chuck Kimbrough came up and talked about the origins of the Adoption Party. They suggested searching you Tube for “BBRC Family Fest” or “BBRC Adoption Party” to see videos of past Adoption Parties.

President Chris announced that Francine Weaver had to resign from the club due to a new job and work schedule.

Brian Everson shared the happy news that his son Matt, who had colon cancer, was officially in remission as of this week. It was also Brian’s birthday, so we all sang Happy Birthday.

For “Happy Bucks” Chuck Barnes shared that he and Judy were heading to Hawaii to celebrate their 64th Anniversary. Then came a quick game of “2 truths and a lie.”  Carmella surprised everyone when her lie was about being a cheerleader from her childhood through her college years.  As it turns out her school cheerleading career ended when she decided it was more important to study in College.  Lots of dollars on the table…

Alan Pratt then introduced our speaker Christine Soule. Christine is the co-founder of The Purpose, a 501(c)3 non-profit organization established in 2002.  She has helped promote and fund the vision of other non-profits. Having experienced homelessness herself, Christine has a great understanding of and compassion for homeless and abused women.

Christine began her talk by sharing her personal story of tragedy to triumph. She talked about growing up in a broken home with a biological father who left when she was young and was subsequently married 8 times.  She had a series of step-fathers (one of which had ended up marrying her sister technically making him her brother-in-law and her sister her step mother).  She shared that she was married to a drug dealer; was trafficked; had her first child at 17 followed by twins; and, as she said, was destined for failure.   Then came her encounter with God which was so powerful that she immediately stopped her drug use with no further desire or withdrawal.

Six months ago, while driving, Christine felt called to turn her car around to talk to a homeless woman walking along the road. Here she met Renee, who’s story was nearly identical to Christine’s.  It was then that Christine decided to ‘be the change that we wish to see in the world’ which grew into her vision of Providence Heights.

Providence Heights will be a beautiful facility to house and serve 500 homeless women (eventually including children), providing education, counseling and other services; some of which will be delivered by non-profit partner organizations that serve the homeless   Christine shared that the Puget Sound Region has the 3rd highest homeless rate in the US and, if even if you exclude Seattle, the rate is still the 5th highest in the country.

As the result of advice from political and corporate leaders locally and nationwide, Providence Heights has assembled a strong Board of Directors and developed a model for financial sustainability. That model incorporates investments in commercial residential/retail properties to provide an ongoing revenue stream.  These commercial activities will also provide jobs for the women of Providence Heights and, with the additional commercial apartment capacity, Christine envisions providing housing for up to 1,500 women.  Their strategy for moving forward includes 3 specific areas of focus for ongoing relationships; 1) Government 2) Corporations/Foundations 3) Faith Based Organizations – each of which fill a specific need in fulfilling the vision for Providence Heights.

Christine then showed a short video that included an overview of Providence Heights mission and vision, including an artist’s rendering of the planned facility.   In closing, she posed the question to all of us “Could you be a part of a missing piece of someone’s life.”  She then held a brief quiz on a few ‘facts’ shared during her presentation with the winners each receiving a bag of coffee.

Christine is a lover of people and passionately pursues their hearts in any way she can. As a co-founder of The Purpose, a 501(c)3 non-profit organization established in 2002, she has helped promote and fund the vision of other non-profits. Having experienced homelessness herself, Christine has a great understanding of and compassion for homeless and abused women. She is a philanthropist and inventor.