"From Afghanistan to a Post-Covid America: Lessons from The Battlefield" 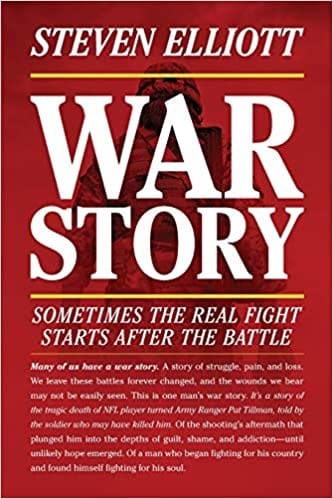 Today Steven Elliott will share leadership lessons from his diverse experiences over the years – starting with Afghanistan while an Army Ranger to our present COVID-19 pandemic. Steven also has written a book called “War Story”, which can be found on Amazon.

Steven Elliott is a native Kansan and Oral Roberts University business school graduate. He joined the Army in 2003 in response to the 9/11 terrorist attacks. He served as an Army Ranger in Afghanistan in 2004 and his experiences there have been chronicled in his memoir, War Story (https://www.tyndale.com/p/war-story/9781496429919). Steven and his family’s story has been placed in service of helping those suffering the unseen wounds of war find healing and strength. Steven has been featured on ESPN, NPR, FoxNews, MSNBC and other outlets in those efforts.

Today, Steven is the CEO of Capstone Trust, CFO of ADAM networks and an Executive Producer with Hero Productions. He is married to his wife Brook and they have two daughters, Gracie and Hazel.