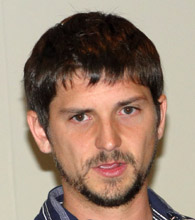 Corey Johnson, the Executive Director of Imagine Scholar described their African program to develop future leaders in their country by working with the local educational systems on life skills.  Jameson Hall is our Student of the Month from Eastside Prep.  Kim Shrader talked about the Rotary Foundation and its’ goals for this year.  Laura Adams Guy is our Rotarian of the Month for November.

Corey Johnson, the Executive Director of Imagine Scholar, a non-profit organization in South Africa, described how to take children who are in a chronically under-performing educational system in the third World, and provide a program to help develop future leaders for Africa.  It bothered Corey that very few of the children appeared to graduate and make the successful transition into the educated workforce. Corey has spent a number of years in Africa in business, and has been captivated by the question of what is stopping these African students, who are otherwise bright, from graduating and otherwise succeeding in life. Something is wrong with this situation-the students are not being prepared for success in business or other life’s success-and appear doomed to a perpetually bad life marked with poverty and HIV.

Though the children in South Africa are clearly miles away and live in a completely different realm from children outside of Seattle, the concept of imagine scholar focuses on critical learning that might very well be preferable for all schools. How many of us look back at some period in our schooling when we were going through rote memorization with a feeling of pain, and perhaps this is a problem with those schools. So many schools (particularly in Africa) focus on the memorization techniques. Corey feels strongly that the best way to learn is by asking critical questions, like he learned, amd made himself more successful in the business world. Imagine Scholar provides a unique critical thinking focused education to promising and motivated youth in South Africa’s underserved Nkomazi region. Imagine Scholar aspires not to help students merely get by, but to give them the tools to be the difference makers of their generation and bring about lasting change in their communities. Instead of focusing on rote memorization, as is too common in many school situations throughout the world, the Imagine Scholar program focuses on critical problem solving.

Imagine Scholar is not intended to replace education for these children, but instead supplement it such as by adding a few hours after school each school week, and one weekend day. The students are taught how to deal with the education system, and in essence how to succeed not only in school, but in work afterwards. Perhaps this process provides them with extra confidence, and in many of the South African neighborhoods (as in some neighborhoods in almost every country), there are far too few role models showing the children how to succeed by example. Imagine scholar does represent a paradigm shift in affording them extra confidence in how to succeed, which would likely be beneficial for any student.

Corey is highly energetic and fascinated in the teaching method, as is common of one who is a successful coach or teacher. In effect, this is a life-long coaching technique that teaches the students how to perform better and get more out of the educational system, whatever that educational system may be. Imagine Scholar is a young program, and is built upon the support of individual people who have offered to help. There are a variety of ways to assist a growing program like Imagine Scholar, but the easiest and most meaningful connection you can make is directly with one of the Imagine Scholar students.

Over the last two and half years, Imagine Scholar’s main support system has come through personally linking individuals with amazing Imagine Scholar students via their Student Scholarship program. Imagine scholar is intended to be an eight-year program, starting in 9th grade. Imagine scholar is intended to act somewhat like a “family” for the students, providing help such as advising them when they have difficulties and keeping an eye out for them. By teaching the kids to succeed in school and life, the program is really increasing the character of the students. This provides a sense of empowerment.

Providing a scholarship grants a talented student the following opportunities:

By pledging a student scholarship to a promising, yet disadvantaged youth, you will be directly changing the course of their future. Most importantly, you get the opportunity to build a meaningful connection and relationship with a very unique African youth! If this sounds like something you’d like to get involved with, Corey would be happy to provide more information or help get you started.

Imagine Scholar has already been successful in many ways such as greatly increasing the rate of graduation simply by helping the kids stay with the program. This region of South Africa is among the highest concentration of HIV in the World (47% of the people in this region have HIV, the 1st or 2nd highest in the World). Among those students that went through the program, the rate decreased to only 1 case. It was interesting hearing Corey’s comments on how nervous all the students were in taking the tests for HIV, and brought a degree of humanity to the overall problem. Imagine scholar clearly provides hope for these students, plus a realization of how to deal with life’s problems.

The Imagine Scholar program is designed to allow the students to learn. Perhaps that is the difficulty with the current education system in Africa (as well as other countries), the teachers are not given enough training or don’t have the ability to teach their students to think and act critically.

The web page for Imagine Scholar is www.imaginescholar.org, and Corey is seeking individuals to become involved in the program either as a sponsor or in other ways.

We opened with the song, “Wipeout”, which Chris Monger mentioned appeared to be what the University of Washington Football team did in the Apple Cup.

Laura Adams Guy gave the invocation and John Cherry introduced the guests and visitors. It was commented about how, for a relatively new member, how much Laura Adam’s Guy has done, including managing the Orphans program.

Larry May introduced the BBRC Student of the Month, who was Jameson Hall from Eastside Prep. Jameson’s grandfather was a President of the Putnam (Vt) Rotary. Jameson is an active member of the police explorers, and he has a desire to become a police officer, namely with the NYPD. The police explorers

work with children ages 13-21, and teach them about law enforcement from painting numbers on curbs, use of handcuffs, and most interestingly going for rides in the squad cars with police. Jameson says the rides are everyone’s favorite, and it is much cooler being in the front of police cars than the back seat.

Kim Shrader talked about the Rotary Foundation, and in our goal to achieve every Rotarian for every year contributions (like we did last year), there are only 10 more needed. The Rotary Foundation, with its International projects, is where Rotary really shines. As the BBRC is becoming more effective at leveraging its contributions, we are also going onto more projects. We might be able to support 4 projects this year, including one in Africa (malaria), one in Antigua to provide computers to schools, and the others in Central America as well as South America. Many of these projects work across multiple Rotary Clubs.

Laura Adams Guy received the award of Rotarian of the Month for her many contributions to the the club.

The giving tree is up, and please take a slip for a gift.

John Schweiger described that he went to a make-up for a Rotary meeting in Equador.  Each time you visit another country or location, it is interesting noticing the focus of the Rotary clubs. John noted there were no women in the club.

Many thanks for those who participated in the Mercer Slough environmental park project. About 15 BBRC members and friends, etc. cleared a great deal of that park to be used and enjoyed. Unfortunately, as with every work project in Seattle in fall, it was raining pretty hard. We are planning another work project for this summer.

John Martinka said that for his Antiqua project that he is going down to Scholastic Books in Auburn, on Saturday, Dec. 7, to pick up a number of books. Any one with a good-sized SUV or truck and a strong back would be appreciated.

Life is like a dogsled team.  If you ain’t the lead dog, the scenery never changes.

Corey grew up in Yakima, and has a UW degree in business and started in business, primarily located in Africa. Imagine Scholar, a non-profit organization in South Africa that has a program to help develop future leaders for Africa.

The Imagine Scholar Mission Statement is: "Imagine Scholar provides a unique critical thinking focused education to promising and motivated youth in South Africa's underserved Nkomazi region. Imagine Scholar aspires not to help students merely get by, but to give them the tools to be the difference makers of their generation and bring about lasting change in their communities."