"Disrupting Football – why VICIS took on one of the biggest issues in sports!" 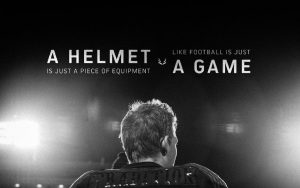 Football is under attack by parents, the medical and legal community, and ex-players based on head injuries.  The football helmet market has been dominated by two players for almost 40 years.  Tony Titus, the Senior VP of Sales and Marketing for VICIS, will present why VICIS, a startup out of the University of Washington, would raise almost $85M and take on the big competitors in a challenging space by reinventing the football helmet!

Tony Titus has worked in the medical device and technology space in the Seattle area for 25 years. Prior to being the head of commercial efforts for VICIS, Tony held senior positions at Tyco Healthcare and Medtronic, two of the largest medical technology companies in the world. Tony has also been involved in taking a medical device company public and growing and selling two startup companies in the Medical Information space to larger acquirers. Tony grew up in Spokane, attended college at Western Washington University, and holds an MBA in Finance and Operations from Cornell University. Tony has been married to his wife, Maria, for 21 years and they have two sons, Andrew and Jack. The family loves baseball and Tony vows not to die before the Mariners win the World Series. If that should be this year, Tony will promise to live until his kids’ college is paid for, which means he’ll be with us until he’s 100.