Dick Brown is a founding member of the BBRC and had the honor of  initiating the festivities surrounding the BBRC 30th Anniversary extravaganza.  When the BBRC was founded in 1985, it more closely resembled an extension of fraternity life than a typical Rotary club.

Dick reminisced about past retreats in Port Ludlow where BBRC members strategized about the future of the Club and played golf, liars’ poker and God only knows what else.   Do I recall something about a 4 Way Test tattoo?  Dick wouldn’t tell us where his tattoo is located.

He spoke about the comical competitions of the past — the ugly tie contest and the best legs contest were the most memorable.  The best legs contest was open to men only.  Scott Sadler won but Steve Goldfarb walked on top of the table!  How about a 4 Way Test tattoo contest?  Don’t you think it would be a smashing success?

We heard about the April Fools Drew Barrymore spoof and John Mix’s offbeat Reveille articles that rolled off a fax machine.

All kidding aside, Dick told us that his best friends were in the room, he was a better person for being in Rotary and he will be a Rotarian forever!

John DeWater followed Dick’s trip down memory lane with an amusing slide show of BBRC’s golden and irreverent moments over the years.  I can only hope I’ll still be around for the Club’s 50th anniversary.

Since President Paul Chapman was out of town, Mike Ralph called the meeting to order. During Alan Pratt’s invocation, he asked all of us to think about what we will give away today. Brian Evison greeted visiting Rotarians and guests.

Colleen Turner introduced our French exchange student, Leo, who spoke about his upcoming Western Safari trip and how he plans to raise $900 so he can go.  Leo is multi-talented and will happily babysit, wash cars, mow lawns, do office work, chop wood, move furniture, etc.   Leo has a very can-do attitude so please contact him with any chores you need done even if it isn’t specifically mentioned above.

Student of the month

Robin Callan introduced our Student of the Month, Shae Sakamoto, a senior at Eastside Preparatory High School.  Shae has a 3.8 GPA and enjoys tutoring younger students.  His current courses include Jurisprudence, Advanced Chemistry, Public Policy and Abnormal Psychology and he wants to go to law school.  The outside activities he most enjoys are horseback riding, soccer and student government.

Paul Osborn gave us another demonstration about how easy it is to post Club announcements on the BBRC Web site.   He distributed a schedule of professional scriveners fees in the event we don’t get the message:

Now Hear Ye! Now Hear Ye!  All club announcements made during the meeting shall also be posted on the website.  Therefore, and pursuant to the ideals of BBRC’s vocational program, the scribes shall henceforthwith charge a service-above-self fee for posting said announcements, (but note that this service fee can be avoided by posting the announcement in the website yourself prior to the meeting!)

$0    Boo too ewe.  We cannot guarantee the integrity of your message, and are not    responsible for unintended consequences!  Ye all have been warned!

Fees are payable to the SAA at the time of announcement.

This schedule will continue to be in force until it is deemed to be no longer amusing to all concerned.

John Martinka announced that there are All in for Autism 10K/5K sponsorship opportunities available, including the 5K.  Although The Y has sponsored the 5K for the past few years, they will not be doing it this year.   John acknowledged The Bellevue Collection and Kemper Freeman for their $10,000 sponsorship.

In addition to looking for sponsors, John also encouraged us to start forming running teams.   One creative idea was to approach local companies that have wellness programs.

Mark Twain: “The two most important days in your life are the day you are born and the day you find out why.”

You Are Never Too Old to Have An Opinion! 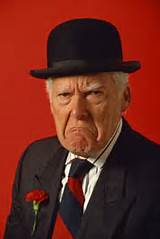 DECA is still looking for judges for March 4th (a Friday unfortunately).

If you can’t make that but would like to improve the chances of local State Winners as they go on to National, then we will be organizing mentoring for a few of the competitors towards the end of March.

If you would like to be involved in this unique way to give back, contact me (Paul Osborn)

Have YOU Registered Yet?? 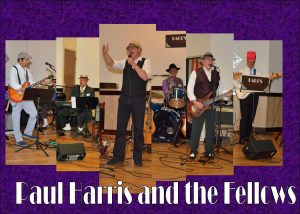 District Conference is THE Fellowship Event of the Year!

The next Rotary First Harvest is Saturday, February 13th 8:30 AM to 11 AM. Register now!

Reply to Sheldon Sweeney
Learn All About it HERE 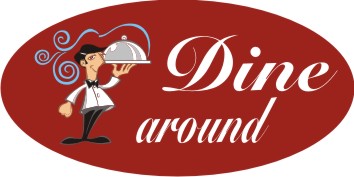 It’s that time of year again!! Dine Around Fun!

And we need HOSTS!!

Rotary Youth Leadership Award Applications are now sought! We are focusing on 10th and 11th grade students who would like training in leadership. Please contact me for applications. The event is the weekend of March 10-13, 2016. Applications are due by Feb. 12, 2016.