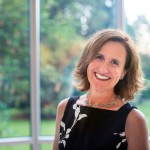 The World Affairs Council values global citizenship and cultural exchange for everyone and strives to enrich Greater Seattle’s civic and cultural conversation with world perspectives through programs that:

Jacqueline joined the World Affairs Council as President and CEO in May 2014. After twenty years on the East Coast working in academia, think tanks, and NGOs, she is happy to be in Seattle contributing to WAC’s ongoing mission and service to the greater Seattle community.
Immediately prior to joining WAC, Jacqueline served as Director of External Relations at Independent Diplomat in New York, which works with marginalized democratic political actors to help them navigate the United Nations, the EU, and other international diplomatic fora. Previously, she was a Senior Associate at the EastWest Institute (EWI) in New York, where she ran the U.S. program. At EWI, she focused on national security policy, the U.S.-Russia and U.S.-China relationships, as well as nuclear disarmament and nonproliferation issues. Among her favorite projects there were a joint U.S.-Russia working group on Afghan narcotrafficking and a high-level forum on disarmament and nonproliferation that she ran at the United Nations. She has also served as the deputy director of the Council on Foreign Relations’ Washington (DC) programs, where she oversaw membership events as well as outreach on Capitol Hill and the DC diplomatic community. She got her start in think tanks at the Center for Strategic and International Studies, where she was deputy director of the Russia and Eurasia program. She has also taught at The George Washington University, where she undertook graduate work after earning undergraduate and graduate degrees from Cornell University.
She has been a commentator for various news sources (print, web, and broadcast), including the New York Times, the BBC, CBC, and Voice of America. Her honors include being named a Truman Security Fellow as well as receiving a Foreign Language Area Studies Fellowship (FLAS) for Russia. She was also an International Research and Exchanges Board (IREX) Visiting Scholar in Kyrgyzstan.
Jacqueline’s international background extends beyond her training and professional experience. Her first international travel was when her family moved from Australia to the United States when she was young. Her deep and broad fascination with international affairs began in childhood with nightly conversations about current events and world history around the dinner table.