"The 2021 Legislative Session In Review" 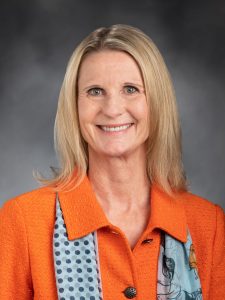 Senator Patty Kuderer will give an update on key legislative actions from the 2021 session as well as give a preview of priorities for the 2022 session.

Patty is a mom, attorney, and long-time community advocate. She was first appointed to the House of Representatives in September of 2015 and won her first election to retain the seat the following year. In January 2017, Patty was again unanimously appointed by the King County Council to fill the vacant Senate seat in the 48th Legislative District. She now represents her constituents as their first female state Senator.

Selected by her colleagues to chair the Senate Housing & Local Government Committee, Kuderer is eager to bring diverse voices to the table as the Legislature looks to continue tackling the statewide crisis of housing instability. In addition to her role as chair, Kuderer serves as vice chair of State Government & Elections committee, and as a member of both the Law & Justice and Rules committees.