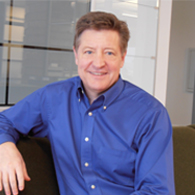 Tom Brubaker of the Parents Union spoke of reaching out to parents in Bellevue and assisting them in dealing with their engagement with teachers and the school district.  Eastside Rotoractors paid us a visit.  The Fun Run rebranding was battered about.  Morris Kremen recounted his exploits as a young man in Rotary Exchange.  Tim Lahey extracted suitable funds and we were reminded of the First Harvest Hoedown on Sunday,

Rourke O’Brien introduced our speaker, Tom Brubaker of the Parents Union.  Tom has a long and distinguished career in sales and business development, but he spoke of his new avocation to our club.

Tom began his talk by telling the club that the education space is populated by advocates for children and teachers, but has lacked a group to advocate directly for parents who may not know the complexities of their children’s school or the proper way to advocate for a certain outcome.

He saw the need for an organization like this when he discovered that there is a real problem finding qualified candidates in the workforce.  Many of the districts around the state have school foundations like Issaquah’s College Success Fund and the Bellevue School Foundation, but they did not address the particular niche the Parents Union is seeking to fill.

The Parents Union began to search for answers in parents’ world and found that parents are extremely busy and they are frustrated with how to engage with schools, administrators and techers.  In the Bellevue District, for instance, over 50 percent of the children are minorities and many of those parenta are left out of the conversation.

The Parents Union came to the determination that parents need to be met where they are at- that meetings at school or after hours may not be the ideal venue to have their needs addressed.  They also found that discussions of issues require safe forums.  There is a need to get parents engaged more directly.

From this background emerged the Parents Union.  The Parents Union wants to be the go-to resource for parents to navigate their child through school.  The PU was looking to build something like Yelp or Reddit specifically for parents.  They found that moms commented through Pinterest or another vehicle, but the information was so fractured that the overall parent community couldn’t use it well.  So the PU came up with a communication tool straight to cellphones called “The Burp.”

The Parents Union also has a blog that is searchable by topic and is anonymous.  Information on their website is available in English and Spanish.  It also contains helpful videos that have testimonials from teachers, parents and students on different topics concerning education.

Currently, the group is reaching out to businesses in an attempt to give access to the group to employees across the state.

A text to 95577 with “Parentpower” will get you on the list to receive a text blast a few times a week on trending topics.

Tom was presented with a certificate for 1,000 pounds of fresh produce provided in his name to Rotary First Harvest.

The meeting was called to order by President Wendi Fischer, who was very excited to announce the arrival of boot season.

Steve Goldfarb performed the invocation in a traditional Jewish New Year prayer.  He blessed the candles, which were lit; the food (or life) at which point the attendees were encouraged to take a bit of apple or bread and dip it in honey to demonstrate the sweetness of life;  the last blessing was for the wine, although at breakfast, we blessed water.

In honor of RI New Generation Month, Wendi welcomed the Rotaractors to the podium to tell the club about their recent activities.  Barra and Chris told the club they were providing drivers for the BBRC adoption party.  They also said they were working on projects in South America and at Kamp Korey.  They told the club of a good news, bad news scenario: They have outgrown their meeting facility at the Bellevue Library and are looking for a bigger, permanent meeting space.  If anyone can provide a meeting space to accommodate around 25 people between 6 and 8 pm on the first Tuesday of the month, the Rotaractors want to talk to you.  Also, they are always looking for events where they can partner with Rotary clubs.

Wendi brought Mark McDonald to the front of the room where he was given his blue badge.

David Bolson led a skit addressing our club’s branding issues and the name of our 5k/ 10k fun run.  We are thinking about rebranding the run to something a bit shorter and catchier.  This effort is part of an overall branding strategy the club is undertaking in an effort to make it more accessible.

Morris Kremmen introduced us to his exploits as a young man where he went to the Netherlands on a Rotary Exchange.  Vintage pictures of bad hair were on full display.  The point that Morris made, though, is that the Exchange experience he had was terrific- learning a foreign language and meeting people in a different culture are experiences he considers valuable and enriching.

Madeline Gauthier gave the club an update on the adoption party on October 4.  Since we have many more boys than girls this year, we will be setting up a Hot Wheels track and we need a volunteer to do that.  Also, we need pumpkin picker uppers and basketballs.  Contact Madeline for further information.

Sargent at Arms at work

Tim Lahey, our Sergeant at Arms proceeded to fine Morris $32 and Jim Gordon $20 for a mysterious dog barking out of his pocket during a recent presentation.

Howard Johnson reminded the club of the First Harvest Hoedown Sunday.  The cost is $25, there will be live music and a good time will be had by all.  It is a family-friendly event, so bring the kids and grandkids.

Paul Chapman told the club of the Oktoberfest at Lawrence the Florist on November 1.  Further information is on the website and will be forthcoming.

Tom Brubaker is Chief Executive Officer of The Parents Union. Prior to joining The Parents Union, Tom held various senior management positions in sales, product marketing and corporate development for emerging and large technology companies including Microsoft, Visio Corporation and Prepared Response Inc. Tom’s experience in education includes serving as a school board president as well as in leadership for a technology company deploying K12 public safety systems across the US, including in Washington State Tom holds an MBA with a concentration in Finance from the University of Washington and a bachelor’s degree with honors from the University of Wyoming.

“I’m excited to lead The Parents Union. We’re innovators, engaging people where they are in ways that are fun and informative. Our goal is to engage parents on their kid’s education and systemic change in schools. I’m committed to reaching that goal, both as a tech innovator and as a parent.”