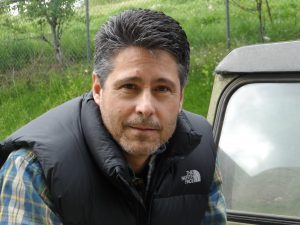 Robert “Bob” Dugoni always wanted to be an author, even while he was a San Francisco Area attorney. While a practicing attorney, Bob mentioned his father-in-law was concerned about Bob’s desire to become an author, since with the digital age, “nobody is going to buy books anymore”. Undeterred, he wrote anyway, and his first book went on to sell over 225,000 copies. He continued to write stories, including the David Sloane series, but sales steadily declined despite accolades. He was with publisher Simon and Schuster at the time. Online retailers were putting pressure on the price of books sold by lesser known authors. Publishers of paperbacks started to go away. This caused Bob to be concerned about his career since thrillers typically sold in paperback form. “The Conviction”, in particular did not sell well despite receiving accolades.

Bob sat down with his agent to stop the David Sloane series, and come up with something new. He studied some of his older characters for inspiration. Tracy Crosswhite, a fictional high school chemistry teacher, turned out to be that inspiration. He mentioned thinking of a family dynamic (Bob is one of 10 children!) and in particular among sisters, who seem to communicate often between themselves. The story “My Sister’s Grave” talks about the death of Tracy’s sister (a dam was taken down and her body discovered in the drained reservoir. This book started the Tracy Crosswhite series, and became a #1 seller on Amazon.com. How did an author who after initial success and experiencing severe sales decline become a #1 seller on Amazon?

Bob attended a sales meeting at Amazon with his publisher, with staff all younger than he was. They had all types of demographics for his books, and emphasized the importance of branding himself to increase sales. Branding is the number one determinant of an author’s sales. He gave an example of a book previously written under a pseudonym by J.K. Rowling and re-released under her now famous name. Once brand status is reached, it is 25% more likely someone will buy your book.

How did they brand Bob? He mentioned at one event a banner was displayed at the gathering proclaiming “Welcome Serena Williams”! But the primary branding came by exposure to readers through Kindles and other e-readers. Amazon said they would give the book away free via download for one month. Some 250,000 people downloaded it for free. People told their friends, who in turn purchased the book via download or hard copy. Soon, “My Sister’s Grave” became a number 1 selling book on Amazon. The word of mouth led to well over 500,000 in sales. Primary customers were retired women and men, according to his demographic.

According to Bob, readers are now the gatekeepers of what gets published rather than book publisher executives. A NY Times article proclaimed e-book sales have slipped and published books are far from dead. But they failed to mention the e-book sales they mentioned were on Kindle and Nook devices and that people are now reading more on tablets and phones, for example.

In closing, Bob mentioned that he believes e-books and hard copy books should be able to coexist just as easily as Husky and Cougar fans. It was a very interesting and at times humorous presentation by Bob.

He answered a couple questions from the floor, and one was how he gets inspiration for writing a book as scary as “My Sister’s Grave”. Bob said he uses ideas, but not outlines. Early in the morning Bob said he listens to music, and reads from favorite authors (“The Green Mile” by Stephen King, for example), and tries to feel for an idea rather than try to think something up. He said “Good books come from the heart, not the head. If you find that muse, the book writes itself.”

Colleen Turner gave the Invocation and led in the Pledge of Allegiance, and Tanya Franzen-Garrett introduced visiting Rotarians and Guests.

Fred Janssen gave a presentation of his trip with Martin to Columbia as part of the Potable Water Project sponsored in part by the BBRC In San Jorge and Alto del Aguila. The project focused on bringing potable water to rural areas. The BBRC received recognition in the local press. San Antonio del Tequendama is another project the BBRC has budgeted $6,000 to assist in.

Jeff Cashman presented a Paul Harris award to Ruben Ladlad, who was recognized as a major donor to Rotary Foundation. Ruben spoke of his call to give of his treasure and desire to help others in need. Congratulations, Ruben, and thank you for true Service Above Self!

Larry May introduced student of the month Madison Sternitzky from Eastside Prep. She has volunteered in multiple service activities. She emphasized the importance of giving to your community.

Chris Boland stood up to recognize team support and the Washington Husky Theme song was sung (terribly) but they got it together toward the end. The Cougar fans sang a bit better. Hopefully somebody recorded this!

Operation Turkey Drop. Donations are being accepted. The infamous WKRP episode was shown on the screen. Who could ever forget Les Nessman’s utter shock at turkeys falling out of the sky!

Chuck Barnes and his wife visited Jim Owens who is suffering with a form of cancer and dementia. Jim remembered it was Rotary Foundation month and made a donation. Thank you Jim for your generosity, and thoughts and prayers to you and your family from your fellow BBRC members.

The idea is to become a best-selling author first, and then the rest of my books will be slam dunks – Nolan Bushnell, founder of Atari and Chuck E Cheese

Robert Dugoni is the New York Times, Wall Street Journal and #1 Amazon Bestselling Author of the Tracy Crosswhite Series: My Sister's Grave, Her Final Breath (September 2015) and A Clearing in the Woods (May 2016). Amazon, Library Journal, and Suspense Magazine all chose My Sister’s Grave as a 2014 Best Book of the Year. He is also the author of the critically acclaimed, David Sloane series: The Jury Master, Wrongful Death, Bodily Harm, Murder One and The Conviction. Dugoni has twice been nominated for the Harper Lee Award for Legal Fiction, was a 2015 International Thriller Writer's finalist for thriller of the year, and the 2015 winner of the Nancy Pearl Award for Fiction. His novels have twice been recognized by the Los Angeles Times as a top five thriller of the year and his nonfiction expose, The Cyanide Canary, was a Washington Post 2004 Best Book of the year. Dugoni has been likened to Scott Turow and Nelson DeMille, and the Providence Rhode Island Journal crowned him the “the undisputed king of the legal thriller” and the “heir to Grisham’s literary throne.” His books are sold world-wide in more than 20 countries and have been translated into more than a dozen languages including French, German, Italian and Spanish. Visit his website at www.robertdugoni.com, and follow him on twitter @robertdugoni and on Facebook at www.facebook.com/ AuthorRobertDugoni
Originally from the San Francisco area, Bob and his family reside in the Bridal Trails area of Kirkland, Washington.