Ready to Leap Ahead 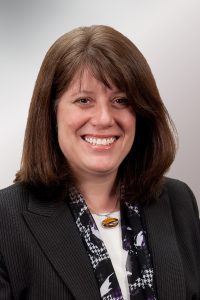 Claudia Balducci discusses the accomplishments of the City of Bellevue’s recent past, its present situation and the Council’s vision for the future. Student of the Month, Sharon Ma.  Rotating the Wheels Dinner. BBRC Retreat.  Ode to BBRC’s Sergeants-At-Arms, past and present.

Claudia Balducci’s presentation focused on how Bellevue is ready to leap ahead and how it is seizing opportunity, embracing change and welcoming unity.

She spoke about Bellevue’s role in the implementation of mybuildingpermit.com.   In 1998, the building officials from Bellevue, Issaquah, Kirkland, Mercer Island, and Redmond began a unified approach to building processes and services. They recognized that many customers work in more than one city; and the lack of uniformity in the processes, interpretations, and codes led to confusion and increases in the cost of doing business. The city building officials began working together to share information, agree upon standards, and pool resources – in other words, governments working together to accomplish similar needs.    This vision has evolved into the nation’s first multi-jurisdictional on-line permitting portal, mybuildingpermit.com.

Claudia recited some interesting statistics about Bellevue.  The current population is 132,000; 41% are minorities.   There is no racial minority in Bellevue schools.  61% of the population has a Bachelor’s degree.    She also mentioned several positive points:

Improving transportation remains a top priority in Bellevue.   $1.5 billion in construction activity for light rail will occur over the next eight years. Bellevue has implemented intelligent transportation systems that are designed to decrease wait times at busy intersections.

Recognizing that tech-savvy residents and workers in Bellevue use their smart phones to do so many things, Bellevue launched a mobile app, MyBellevue, which makes it possible for people to enter service requests and access city news, jobs and social media easily with their phones.

Claudia identified seven strategic areas on which the city is focused:

Claudia answered several questions posed by Club members.   She stated that buildings along the Bel-Red corridor will be in the 6-12 story range to give it a campus-like feel and a traffic study will be completed on the East side of Highway 405.  She did not anticipate a future arena on the Eastside because there is no land, team or investors.

She acknowledged that affordable housing is a tough issue and the city is looking at adopting a multi-family tax credit.   Bellevue is working on a B&O tax portal that will allow businesses to file one return electronically for many cities.

In responding to a question about disaster readiness, Claudia mentioned that Bellevue has a state of the art emergency call center and staff dedicated to training neighbors to help neighbors in the event of a disaster.

Let us take a moment to remember all the religions represented in the Rotary family.  Let us also recall that when we were invited to join our Rotary clubs we were not asked are you a Protestant, a Hindu, a Muslim, a Jew, a Catholic or a Buddhist, or a Sikh.  You were not asked because all religions are welcome in the Rotary family.  Please join me in a moment of reflection and thanks with these words:

With our friends beside us,

And no person beneath us,

With the bonds of Rotary between us,

And our worries behind us,

With our goals before us,

And no task beyond us,

With a thirst for knowledge,

And a dream of a Polio free world,

We are thankful for our Rotary friends and the meal we are about to share.

Tanya Franzen-Garrett introduced our Student of the Month, Sharon Ma.  Sharon is a senior at Sammamish High School who enjoys tutoring math.    She worked on an Indian reservation in Montana building and renovating houses.  Sharon has been accepted at UW and aspires to be a pediatrician.  Kristen Patterson, Sharon’s counselor at Sammamish, highly praised Sharon:

“Sharon is an amazing young lady who lights up the room when she enters it.  I chose her because I have seen firsthand her willingness and joy in helping others.   She shares her talents with others by tutoring her peers, working at her church and helping in many ways around the school.  One of the hardest working kids I know!”

Wendi announced we will be holding our retreat on May 23 during the Club meeting.   She asked us to think about what we would like to do during the next Rotary year, which begins on July 1.

Tim Leahy (Texas Tim) and Katherine De Stephano (Kitty Kat) announced in true Western fashion the upcoming Rotating the Wheels dinner, which will be a country hoedown at Tibbett’s Creek Manor in Issaquah on Friday, June 20.  Their announcement was accompanied by the Blazing Sadlers theme song.

Paul Chapman, our current Sergeant-At-Arms, called the prior Sergeants-At-Arms to the front of room and sang their praises:  David Bolson, John Martinka, Jim Zidar, Wendi Fischer, Jenny Andrews, Chuck Kimbrough and Kit Bowerman.  Paul remarked that the Sergeants-at-Arms were the unsung heroes who held the Club together.  When Paul asked them about their fond memories during their time as Sergeant-At-Arms, we heard stories about prescription drugs and therapy, Colin Radford’s school song and red feathered boas.

thought for the week

A Mother’s love is the fuel that enables a normal human being to do the impossible.

Claudia Balducci, current Mayor, has served on the Bellevue City Council since 2004, including one term as Deputy Mayor in 2008-2009. Claudia started her public service as a neighborhood representative advocating for the renovation of her local shopping center in Lake Hills.

Since then, with over a decade of public service, Claudia has emerged as a regional leader on transportation issues. She is a member of the Sound Transit Board of Directors, the current chair of the Transportation Policy Board at the Puget Sound Regional Council, past chair of the Eastside Transportation Partnership and served as the Council’s liaison to both Bellevue’s Transportation and Arts Commission. Claudia’s proposal for early and intensive public involvement resulted in Bellevue’s year-long “Light Rail Best Practices” effort, which provided a solid policy foundation for implementation of light rail in the city.

Claudia has also served as a member of the City’s Law Enforcement Officers and Fire Fighters Disability Board, past Liaison to the Youth Link Board and past Chair of the Fire Fighter’s Pension Board.

Claudia is an attorney by training and earned her Juris Doctorate at Columbia University School of Law. She is the Manager of the Criminal Justice Improvement Section in the Office of Performance, Strategy and Budget at King County. Claudia lives in the Lake Hills neighborhood of Bellevue with her husband, Jim, and son, Victor.