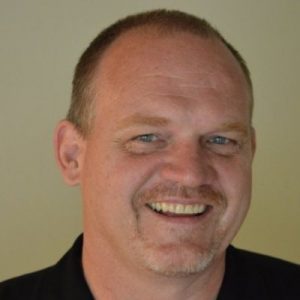 Our speaker Dean Guske, CPA was introduced by Ann Norman.

Dean talked about his work with companies in the legal marijuana business.  23 states have a medical statute; 4 with an adult use statute.  Prior to these laws, it was a black market business in Washington and other states.  Licensed businesses are heavily regulated.  Dean got into the business through an individual who had some tax collection issues.  This individual mentioned he was growing weed and needed some tax help.  Dean decided to investigate the business and opportunities and pitfalls.

Businesses can only take a tax deduction for the cost of goods sold; no other business expenses are allowed.  Federal laws create issues with banking and others who are subject to federal laws.   A few banks have started working with some pot businesses.  In Oregon only one credit union is currently banking these businesses.

Dean answered a question about client privilege which is different than what lawyers have.  State law allows the business.  Other issues of possible illegal activity would cause a decline of the client.

Dean discussed the issue of dealing with federal laws surrounding the business.  He referred to a set of rules  called the “Cole Memos”. The US Justice Department has said they won’t go after a business as long as retailer is not crossing state lines, selling to minors, etc.

Dean discussed the issues of having to deal with cash, and lack of banking options, making operations difficult for these businesses.

At the conclusion, President Paul brought out some “brownies” to share.

Rotary First Harvest donation of 1,000 lbs of fresh produce was made in Dean’s honor courtesy of Francine Weaver and Your Equity Services.

Rotarian of the Month – Bob Vallat

Bob Vallat, recognized for his many contributions to the club, was belatedly honored as Rotarian of the Month for August, 2015.

The Vocational Minute was shared by member Alex Chehab.  Alex is a Behavioral Analyst with Northwest Behavioral Associates, where she focuses on working with children with autism, ADHD, and other behavioral issues.  Alex is also a teacher, and provides support for schools, where she helps young students to develop social skills, and provides support for family members.  Alex is also involved with advocacy efforts, including getting insurance companies to cover certain behavioral conditions.

All In For Autism Update

There was an “All in For Autism” update, involving a “Monkey Review Board” consisting of Megan Sweeters, Traci Tenhulzen and Tim Leahy.  Members were chosen to share how they would help in efforts for the BBRC’s upcoming 10k Run.

President Paul encouraged people to sign up for the district conference.  Mike Ralph mentioned there would be a golf tournament Friday May 29th.  Information is on the BBRC website.

She mentioned Dean’s topic and asked a few in the crowd about their experiences with the substance.  Who is telling the truth? Members who guessed incorrectly had to put money on the table.

President’s thought for the week

From noted thinker and morning host, Matt Lauer: Researchers have discovered that chocolate produces some of the same reactions in the brain as marijuana. The researchers also discovered other similarities between the two but can’t remember what they are.

Dean Guske has over 30 years of experience in the areas of taxation, accounting and business consulting. In addition to his many years as a CPA, Dean has worked in private industry and was also a managing director of a real estate development company. The value he brings to his clients lies in his ability to identify and understand complex issues and how they relate to businesses and their individual owners.
He has a passion for entrepreneurship. This allows him to effectively serve others pursuing their small business dreams whatever they happen to be.
He has deep experience in all facets of real estate and businesses related to real estate. His clients have included everything from development and construction to brokerage and rental. Because he has also participated in these businesses as an owner, the impact of his hands on experience sets him apart from others who have only dealt with these issues in theory.
Dean holds a Master’s degree in taxation from Golden Gate University and a Bachelor of Arts in business from the University of Washington. He is a member of the AICPA and WSCPA where he serves on the Tax Committee. He is a licensed CPA in the state of Washington.
Dean’s other passion is golf. He admits that he is a “junkie” and frequently can be found playing a fun round with his son Austin.