"Pandemic Economics: An Outlook for the Puget Sound Region" 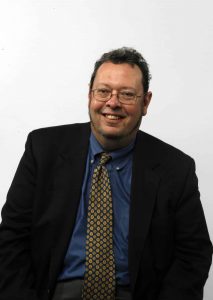 A look at where we stand on jobs, businesses, etc. with Covid-19 and much of the economy shut down. What are the chances of bouncing back? What are the dangers of a prolonged recession or depression?

Jon Talton is the Economics Columnist of the Seattle Times. In his three decades in journalism, he has worked as a reporter, editor and investigative journalist.

Before coming to Seattle in 2007, Jon worked at the Arizona Republic, Charlotte Observer, Cincinnati Enquirer, Dayton Daily News and Rocky Mountain News in Denver. In Dayton, he was part of a team that was a finalist for the Pulitzer Prize in Public Service.

Among the major stories he has covered are the landmark Texaco-Pennzoil trial, the troubles of General Motors under Roger Smith, the giant bank consolidations of the 1990s, the collapse of Washington Mutual and the revival of America’s central cities.

Jon is also an author and historian. He has written 12 mysteries and thrillers and one work of history, among other work. He operates the personal commentary blog Rogue Columnist. Before journalism, he worked for four years as a paramedic, most of that time in the inner city of Phoenix.