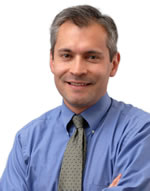 Jorge Barón, the Executive Director of Northwest Immigrant Rights Project, addressed a controversial subject in an apolitical way, starting a mature conversation. The NW Immigrant Rights Project started in Washington State in 1984. Today they have four offices – Seattle, Tacoma, Wenatchee and Granger. NWIRP was created to provide help for individuals from Latin America to navigate the immigration process. Besides handling individual situations, they also get involved with systemic advocacy seeking to change unjust policies and practices.

A huge issue today are challenges at the southern border of the US. Where previously the in-migration was heavily Mexican and single men, today the immigrants seeking to enter the country are mainly from 3 countries that are in turmoil – Honduras, El Salvador and Guatemala. In addition, there are mainly families and children, some of whom are alone. Jorge pointed out that those three countries rank 1, 2 and 10 for countries with the highest murder rate.

Jorge discussed Maria and her son from Latin America, their separation and the process to find a solution. In addition, Jorge discussed the fact there is a much higher rate of enforcement at businesses with undocumented workers. He also discussed a case related to the DACA program with two sisters, Mari and Adriana, whose case is in play and may be decided by the Supreme Court.

At the end of the meeting there were more questions than time and we are hopeful to get Jorge back late this year or next year. You can find out more about NW Immigrant Rights Project at www.nwirp.org.

Chris Boland opened the meeting at 730 AM. Chuck Kimbrough did the invocation, pledge of allegiance and guest introductions. Larry May than introduced Ryan Wasson, the April Student of the Month from Bellevue Christian. Ryan will be attending WSU next fall, majoring in Communications, and is passionate about being a sports announcer!

We then had a special guest, Zach Hochman, who is working on his Eagle Scout project – to build 2 race cars for Life Enrichment Options – LEO – in Issaquah , an organization that advocates for people with developmental disabilities. These cars will be used by young people with handicaps to give them the excitement of racing. He is seeking financial assistance to help pay for these cars. If interested in donating, Bob Holert has Zach’s address and email bob@houser.com to get it. Make your check out to Life Enrichment Options!

Jorge Barón is an active figure in the national dialogue on immigration. Under his leadership, NWIRP has been active on multiple fronts in support of immigrant rights. The organization was at Seattle-Tacoma International Airport trying to stop a plane from leaving with foreigners denied entry by the Executive Order travel ban; in court, assisting a legal team representing a young man held at the Northwest Detention Center; and at numerous presentations where information critical for immigrants and their advocates is shared.

Originally from Bogota, Colombia, Barón came to the United States at the age of 13 with his mother who was attending graduate school in Virginia. His father is a television producer in Colombia. As a child, Barón appeared numerous times on his father’s TV show and later on a Sunday kid’s program.
“Barón’s passion for advocacy with and on behalf of immigrants is firmly rooted in his own immigrant experience,” said UW Associate Dean for Academic Affairs Emiko Tajima. “He is an inspiration to us all as we pursue social justice for marginalized groups locally and globally.”
A graduate of Duke University and Yale Law School, Barón joined NWIRP as a staff attorney for two years before becoming executive director in 2008. More than a decade later, in the throes of the nation’s post-election immigration debate, Washington state Attorney General Bob Ferguson has called Barón one of his “legal heroes” for his exemplary immigration work.
NWIRP was founded in 1984 initially to help refugees from Central America. The group, which provides free or low-cost legal services, is the largest such organization in the West, with a budget of $6.5 million and a staff of 70.