"Not Without My Father: One Woman’s 444-Mile Walk of the Natchez Trace" 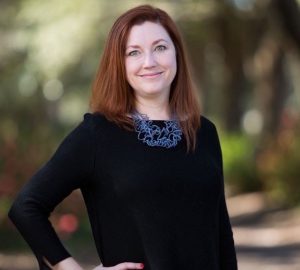 To launch her debut novel “Not Without My Father: One Woman’s 444-Mile Walk of the Natchez Trace”, Andra is one of the only living persons to walk the 444-mile Natchez Trace as the pioneers did. Natchez, MS to Nashville, TN. Fifteen miles a day. Six days a week. She finished her trek in 34 days. While she walked the Trace to launch her novel, she ended up having a life-changing adventure with her 80-year-old father. Not Without My Father chronicles that experience.

For more information about Andra, you can visit her website at andrawatkins.com.

Featured in January 2017’s Rotarian Magazine, New York Times best selling author Andra Watkins’ latest novel is "Hard to Die". She also wrote the memoir "Not Without My Father: One Woman’s 444-Mile Walk of the Natchez Trace", the novel To "Live Forever: An Afterlife Journey of Meriwether Lewis", and the photography collection Natchez Trace: Tracks in Time, published by Word Hermit Press.

The Huffington Post called Not Without My Father “one literary ride you don’t want to miss!” It was nominated for the 2015 National Book Award for Nonfiction, the Sarton Memoir Award, and the IBPA Benjamin Franklin Award for Autobiographies and Memoirs.

Andra is a Past President of the East Cooper Breakfast Rotary Club in Mount Pleasant, South Carolina. She is past District Communications Chair for District 7770-Eastern South Carolina, founder of the District 7770 Friendship Exchange program, a two-time Rotarian of the Year, a multiple Paul Harris Fellow, and recipient of her District’s Distinguished Service Award. She is an active member of the Rotary Club of the Southeast and Caribbean.