"Leadership from the Inside-Out" 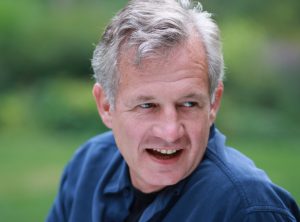 The meeting started with Tom Leonidas giving the invocation inspired by a visit to the Arizona Memorial in Hawaii. The invocation was followed by the pledge.

Visitors & guests were announced and greeted by Kaj Pedersen. There was one visiting Rotarian and several guests, two of which were prospective members.

President Wendi informed the club about a YouTube video entitled Darren’s story. Darren was adopted via our adoption party event. It is a heartwarming video that validates the hard work that goes into this event.

Chris LeRoux was baptized into Rotary with vows administered by President Wendi. They were accompanied by his sponsors Ann Norman & Jason Cherney. Chris started life in the Midwest until his mom joined the Army when he was 9. He was then interred in Hawaii for several years. In spite of the internment, he was able to attend the UW and is a CPA at the firm Sheldon Conrad. We will look forward to his classification talk.

Sheldon Sweeney gave his long awaited classification talk. It was apparent that he adores his family, especially his youngest daughter whom he almost lost at birth. Although his wife has some medical problems, they enjoy life to the fullest. His education is from the California Maritime Academy. That might seem a strange route for a guy who sells insurance but after all, he is Irish. Sheldon works for Pacific Capital and I am guessing he is really good at what he does. As a sideline, he is involved with the Knights of Columbus, complete with headgear. No grass grows under this guy’s feet.

John DeWater thanked and recognized the hosts for the recent dine around. It sounded like it was a rousing success.

Carmela Ramaglia passed out a list of fellowship events and asked the club to vote on which they would like to participate in. She also highlighted that this month on the third Thursday (March 19) there would be a karaoke party at Stone Karaoke and Lounge. See website for details.

John Martinka made an appeal for race sponsors. There is an added incentive as family and employees of the sponsor will get discounts. John also needs volunteers to volunteer at upcoming events to sign up participants. Watch for an incoming email.

Paul Chapman is at Rotaries President Elect Training Seminar (PETS) this weekend. There are 560 participants from up and down the west coast. It is a great program with great speakers. It is worth a year in the dock just to go. Paul will return full of enthusiasm and looking for leaders next year. Let Paul C know if you would like a leadership position.

Rotary first harvest second Saturday of March. Be sure to sign up.

Third Saturday for books of the world. Event is packing books at the NW Harvest Warehouse.   Starts at 9 AM. Packers must be at least 12 years old.

As you can see from his biography, Terry Hershey has done it all. His talk centered on leadership comes from the inside. It was about taking the time to live in the present and taking in the world around you. There was a recurrent theme of “dream more, learn more, and become more”. The message was delivered with humor and peppered with personal stories. The effort was to encourage the audience to break free from their personal cages. Terry is an ordained minister and admitted that without eves dropping, there would be no homilies. He also tackled the stigmatism of abnormal, saying that pointing out the abnormal is easy but defining normal is very difficult. If we cannot define normal, then how can we be sure what is abnormal. He was also promoting his new book “Sanctuary. If the book is as good as the speech, it is a must read.

Brian Evison’s dad passed away. He is on his way down under. Those of you that choose will want to send condolences.

Thought for the day

Income tax has made more liars out of Americans than golf

Terry is an author, humorist, inspirational speaker, dad, ordained minister, golf addict, and smitten by French wine. He lives on Vashon Island, near Seattle. His work has been featured on The Hallmark Channel, CNN, PBS, and NPR. He divides his time between designing sanctuary gardens and sharing his practice of “pausing” and “sanctuary,” to help us do less and live more. You’ll find more in his newest books, The Power of Pause, and Sanctuary: creating a space for grace in your life. On many days, you can find Terry out in his garden because he believes that there is something fundamentally spiritual about dirt under your fingernails.