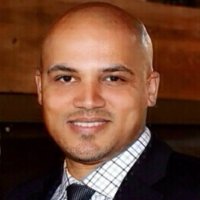 Jason Hamilton will join us to discuss college basketball. As Color Analyst for the Washington Husky men’s basketball team, he can give a first hand account of the 2016-17 Husky team a couple days after they resume their series with Gonzaga in  Spokane. In addition, you will find out more about super freshman Markelle Fultz, picked by some to be the top player picked in the 2017 NBA draft.

Bring your questions on basketball, be they on the Husky men’s team, the Cougars, the Zags or Pac 12 basketball!

Former Husky player and assistant coach Jason Hamilton teams with Bob Rondeau to provide color analysis of Washington basketball games on the Washington ISP Sports Network.
In his final playing season, he guided Washington into the 1996 National Invitation Tournament, the school's first postseason berth since 1987. The UW played in the NIT again in 1997 during his first coaching campaign.
In 1998, Hamilton helped coach Washington into the NCAA Tournament, it's first NCAA berth since 1986. The Huskies advanced to the Sweet 16 for the first time since 1984. The UW earned another NCAA berth in 1999.
Hamilton concluded a brilliant career in 1996 by leading the Pacific-10 Conference in steals with 59, an average of 2.1 per game. He dished out 103 assists in 1996, becoming the third player in Husky history to top the 100-assist plateau in consecutive seasons. His 123-assist outtput in 1995 ranks sixth highest on the Washington single-season list.
A 1992 graduate of Hazen (Wash.) High School, Hamilton earned first-team all-state honors and was MVP of the Seamount League as a senior. After averaging 19.9 points, 8.0 rebounds, 8.0 assists and 5.4 steals his final prep campaign, he was named to the USA Today honorable mention All-America squad.
Hamilton initially played at San Diego State where he was voted the 1993 Western Athletic Conference Freshman of the Year. He led the WAC in 3-point shooting (50%) and steals (2.1 per game) while averaging 8.4 points and 3.7 assists for the Aztecs.
After playing seven games in 1994, Hamilton transferred to Washington where he sat out the remainder of the 1994 season and the first part of the 1995 campaign. He registered a school single-game record nine steals at Eastern Washington in 1996 and led the team in 3-point shooting (47 percent).
Jason, away from the sports world, is a Vice President with Marsh Insurance, focused on risk management solutions for construction, real estate, professional services, retail and hospitality. Marsh is a global leader in insurance brokerage and risk management.