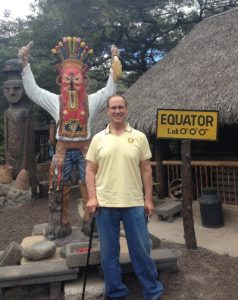 Thousands of American retirees are living out their golden years in a South American country the size of Colorado.

After International Living Magazine’s “Global Retirement Index” anointed Cuenca, Ecuador’s third largest city, as the top spot to retire in 2009, a great migration, or what some have nicknamed the “gringo invasion” began.

“Rather than sitting around waiting to die, we decided to do something different,” said 65-year-old Ernie Kinnard. “With the great medical care, cost of living, the weather, the people are wonderful – it’s a great place to be.”

But while this influx of people is considered by many to be a boost to the local economy, there is also growing concern that Americans are pricing out the locals and breeding culture clash.

For many retirees, the perks of life in Cuenca are too much to resist. For the 65-and-older set benefits include half-price water and electric bills, half-price tickets to cultural and sporting events, and sales tax refunds. Plus seniors can cut to the front of the line at the grocery store and the bank.

For more, NBC Nightly News did a piece on Cuenca, Ecuador in May 2013.  Click on this link:  http://www.nbcnews.com/news/world/american-retirees-flock-ecuador-fight-gringo-stereotype-n61966

Craig W. Rhyne is a Past President of Bellevue Overlake Rotary and presently functions as their Program Chair. After visiting Ecuador and researching the migration south, he presented this program to his club earlier in 2014.

In his non-Rotary life, Craig has 35 years experience in the for-profit and not-for-profit worlds. He founded Washington Gold Exchange in 2009. He's been involved with music his entire life. Using his gifts for marketing and organization, he co-founded the Sacred Music Foundation in 2009. Its mission is to fund and sponsor the creation, performance and study of excellent sacred music to the glory of God.