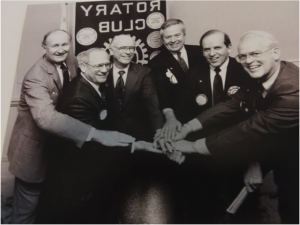 Don Deasy was raised in Quincy Washington (who can forget the Quincy Jackrabbits), graduated from the University of Washington and was a fraternity brother of BBRC member and February Glory Day’s President Ted Ederer. Don was also a member of BBRC for 20 years and a Past President (Rotary year 1989-90).

Joe Deasy is co-General Manager and an owner of Windermere Real Estate/East. Joe joined Windermere in 1996 as a broker and became an owner in May of 1999. He is a graduate of the University of Washington with a degree in Economics.