"Built to Win and Built to Last - Washington Husky Football" 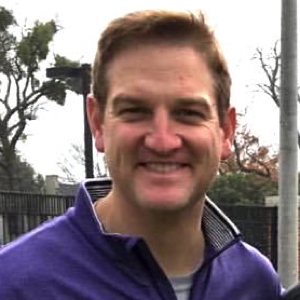 Damon spent 13 years in the NFL after a successful career at quarterback for the UW.  He has two super bowl rings.

Key to the success of the 23-3 UW football program is That Coach Peterson is not just about football.  It is

Peterson is also very competitive and has a great leadership style focusing on accountability.

Damon thinks Peterson is the true follow onto Coach Don James, The statue of him was unveiled on Friday.

Damon is very optimistic about the year based on an excellent defense, excellent offense, and an improving special teams game.

Damon Huard is the Director of External Relations for University of Washington Husky Football and Color Analyst on their IMG radio broadcast during the season. In addition to his work at University of Washington athletics, Damon is a co owner of “Passing Time,” an award-winning boutique winery in Woodinville. He has also been involved in a number of other local businesses in the Northwest, and serves on the boards of the Bellevue Boys & Girls Club, First Sound Bank, Atavus, and VICIS.

A 1995 graduate of the University of Washington Foster School of Business, Damon went on to play professional football in the NFL for twelve years, as quarterback for the Miami Dolphins, the New England Patriots, and the Kansas City Chiefs.
During his football career, Mr. Huard received may honors: with the Patriots, two Super Bowl rings from Super Bowl XXXVI and Super Bowl XXXVIII; with the Chiefs and a 2006 season finish with a 98.0 rating as quarterback, ranking second in the NFL, behind only Colts quarterback Peyton Manning. As a three-year starter with the Huskies, he is the Huskies’ all-time passing leader, with 5,692 passing yards.
Damon and his wife Julie reside in Clyde Hill and have three children.