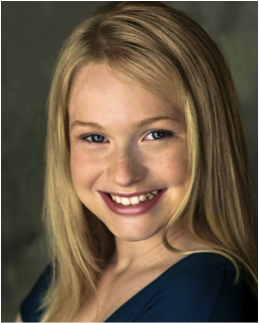 Rachelle Henry, a young actress, shared her passion for acting and shared what led her to this choice of profession.  Starting her acting career at age 6, Rachelle has trained in acting, film making, singing, dancing, and physical training leading to engagements in television, radio, web series, and videos.  Rachelle shares her journey.

Now thirteen years old, Rachelle Henry, began her acting career at the age of six years old with auditions for television shows like Nickelodeon.  With a lot of hard work, along with a love and passion for acting, a career was found.  With a positive attitude, motto to “Figure out what you want to do and Do it!”, and strategy to make your dreams come true of 1) Make a Plan, 2) Follow your Dream, 3) Find people who believe in you and support you, 4) Work Hard, and 5) Don’t Quit.

Rachelle shared pictures of interests, plays, acting, and family.  She also shared these take aways from her journey.

The Fundamentals – Classes and Private Lessons

Rachelle also shared stories from her “babies” from her challenging role in Oliver that changed her life to leading and supporting roles in film including Escaping the Prophet, I Don’t Believe in Ghosts, 10 Days in a Madhouse, Hinterhalt, Sense & Sensibility, Quiet Move, Laggies, and Switchmas.  Rachelle also enjoys spending time volunteering in her community with various fundraisers and involvement in videos for China teaching English as a 2nd language.

President Scott Sadler opened the meeting with Madeline Gauthier offering the invocation and pledge, and introductions of visiting Rotarians and Guests by Tanya Franzen-Garrett.

President Scott shared Rotary Cares wishes to Jeff Mason and his family as they deal with health challenges.  Our thoughts and prayers are with Jeff and his family.

Tom Smith, BBRC Scholarship Chair, introduced the four recipients of this year’s Sammamish scholarship awards along with their families and school administrators.   Each recipient had a chance to share their plans for college and future career/life goals.

Madeline Gauthier provided an update on the Adoption Party, BBRC hosted party that introduces potential adoptive parents to foster children.  This year’s party is scheduled for October 4, 2014.  Last year had a 61% rate of adoption following the party and BBRC is assisting the promotion of parties in Vancouver and Yakima this year.

Paul Chapman, BBRC Sergeant-At-Arms, began by promoting the upcoming Rotating the Wheels.  Join us as we send off President Scott Sandler and bring in our new President, Wendi Fischer.  Festivities are on June 20th, and be sure to throw on your cowboy hat and boats for a Western Hoedown.

SAA Paul also provided results from last week’s “In Club Retreat” to address the SAA budget deficit.  Along with reporting results that the Quality of the SAA “Couldn’t be any better” and The Best SAA in Club History is “Paul Chapman”, the SAA Budget Deficit remains at $7,720.  Suggestions for bridging the deficit included, 1) Higher and More Frequent Fines, 2) Fine only the Speakers, 3) Fine for talking during the speaker program, 4) Fine for those using the lower parking lot, and 5) Fine only Australian BBRC members.

Rachelle Henry is an award winning actress/entertainer who has been training for as long as she can remember. She has appeared in several stage productions (including the title role in Twelfth Night Production’s “Oliver!”), and many films - the Accolade Award winning music video “The Day," feature film, “Rogue Saints”, and the short films, "Children of Light”, “If These Walls Could Talk” and “The Bench." In 2009 Rachelle took home the coveted title, “Singer of the Year,” at the International Presentation of Performers in Las Vegas. Rachelle loves to act, sing, and dance, to hang out with her friends and to play with her little cousins