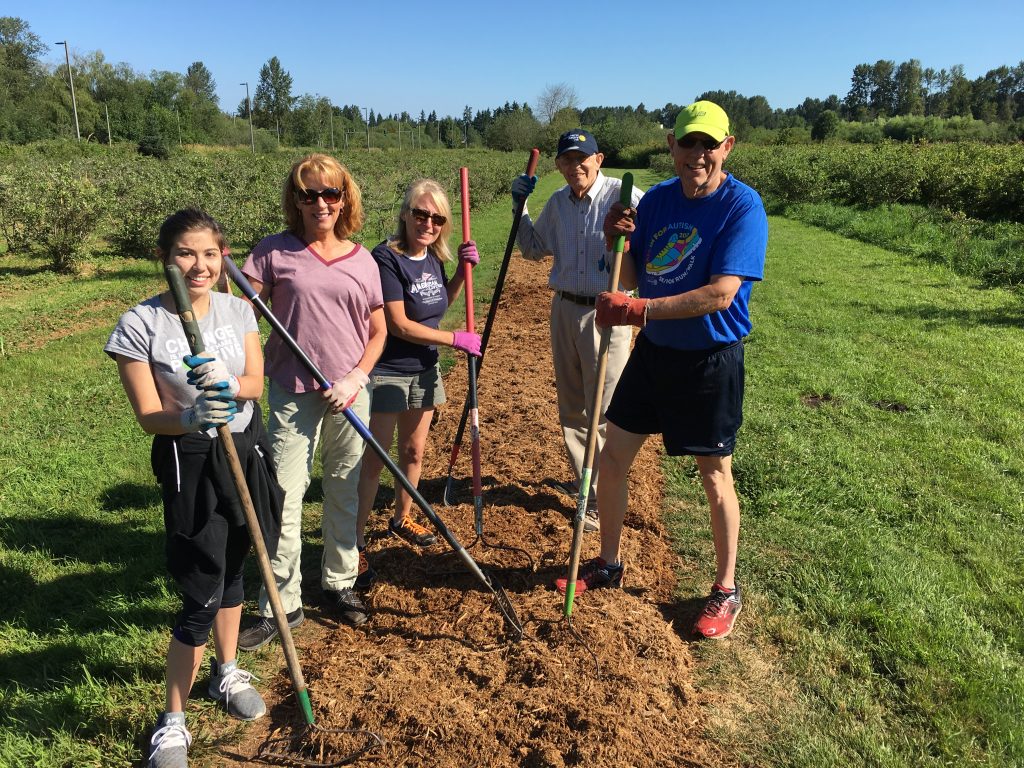 Who do you call when you need a trail resurfaced....FAST!  Ten members of the BBRC sprung (sprang?) into action last Saturday when we learned that the Larsen Lake Blueberry Farm was in need!!

The mission was to lay out bark on the pathways that circles the Larson Farm to a depth of 4 inches..  When the team arrived, they faced a dauntingly large pile of bark, along with an ominous collection of wheelbarrows and foreboding rakes.  Undeterred, the BBRC got to work with characteristic quickness, efficiency, and of course...much hilarious banter.  Although it was scheduled to take three and a half hours, the BBRC completed the work within just one hour...giving time for a well deserved rest and group photo.  Here's what our President, Kaj Pedersen, had to say about it...

"The park people were appreciative of the work and speed with which we were able to get the work done.  Frankly, it felt great to be outside and getting one's hands dirty in the name of a good cause with the rest of the BBRC members who showed up on Saturday morning.  Looking forward to seeing more of these projects happen within the club." - Kaj Pedersen

This event was organized as part of the many Stewardship Saturdays that the Bellevue Parks and Community Services Department puts on annually.

Did you miss out on this work party?  If you would like to get more involved with Preserve Planet Earth on our next project, contact Adam Mihlstin or Jason Cherney